The newly reconstructed Fulton Convention Center is a 10,113 square-foot event facility located in Fulton, Texas overlooking Aransas Bay and can accommodate up to 550 guests for Weddings, Business Events, Quinceaneras, etc . . .

You’ll find we are a different kind of venue. We provide a simple, laid back experience that allows our guests the freedom to create their own unique celebration.

Our picture perfect waterfront setting on the Texas Coast makes a perfect backdrop for whatever you have in mind.

We are a DIY Venue with an open vendor policy, you will not be restricted in your choice of caterer, bartender, dj or any other vendors. We also welcome you to use the services of friends and family.

We offer straightforward pricing with no hidden fees so you can afford to splurge on the budget items that are most important to you.

After all, it is your event not ours… we just give you a beautiful place to have it!

The original building, described and pictured in our history below, was damaged during the landfall of Hurricane Harvey in August 2017. Ground was broken on the Fulton Convention Center / Paws & Taws Tuesday, June 4, marking a momentous day in the Town of Fulton.

Members of the original Paws & Taws Square Dance Club are responsible for how the facility came into being.​

Early in the 1960s, a square dance caller from Corpus Christi was asked to teach a beginning square dance class in Aransas Pass. Two couples from Rockport attended that class, had so much fun, and were so enthused about the activity they wanted to hold a class in Rockport. 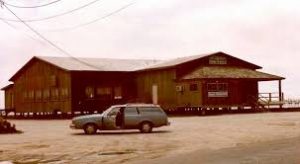 They hosted a party and caller Richard Hardy introduced guests to square dancing. At the end of the evening 24 couples (six squares) signed up. By May of 1964, two more classes had been taught. The group adopted the name “Paws & Taws”, which are square dance terms for the male and female partners. The group had outgrown the VFW hall and was dancing in a hangar at the airport.

They soon decided they wanted a building of their own with a smooth wood dance floor. They incorporated their club and a board of directors was established. The building committee included five building contractors. 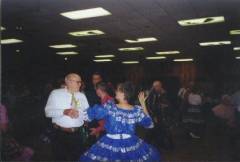 One member-couple offered property, a waterfront location, in Fulton for a $1 per year lease. On Nov. 14, 1964 the first foundation piling was set. Members labored, member contractors donated the use of crews and equipment and a loan was acquired to cover the remaining costs. Fundraisers held included fish fries, rummage sales, a show featuring square dancer talent and the sale of a cookbook to raise money for the construction. The club also operated a service station owned by one member, and the club received all the profits.

The grand opening dance was held July 10, 1965 as 340 dancers filled the hall. Two years later, a mortgage burning dance was held.
In the late 70s, Hardy started a new group, the Ocean Waves, which still dances and enjoys the use of the building. Hardy has since retired from calling on a regular basis, but another caller has moved into this area.

In 1973, the board of directors decided to dissolve the corporation with remaining monies going to the area Square Dance Association. The building was to be donated to another non-profit group to be operated as a community center. At that time, no group wanted to take responsibility so the landowner took on the task and operated the center for several years.

In November, 1982 the land on which the building was located on Fulton Beach Road was optioned for sale for a proposed development. Recognizing the importance of the building to so many local and visiting people and groups, it was reserved in the sale of the land. 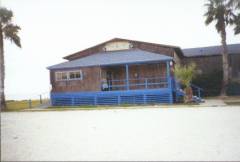 Under the leadership of then president Mick Ladner, a drive was initiated in September 1983 to save Paws & Taws and the project of finding a new location, raising funds and moving the building began. Due to a lot of effort by concerned citizens to preserve the building, funds were raised through functions, cash contributions, and donations of items for resale to cover the cost of moving, enlarging and renovating the building.

The Aransas County Navigation District granted a 20-year land lease (which was renewed in 2014). The building was cut into three sections and moved to its present location in Fulton Park in November 1983.

The size of the building was increased from 6,000 to 7,608-square-foot enclosed area, plus a 1,488-square foot back deck. Everything from the open arches toward the bay is new, and the kitchen and restrooms were completely redone. All labor for the carpentry on renovation and expansion was donated.

Paws and Taws is still a favorite for many square dance groups from around the state who still use it occasionally, bringing 60 to 100 couples to the area for a two- or three-day stay.

In April, 1987, the corporation of Paws & Taws Inc. was dissolved after donating the building to the Fulton Volunteer Fire Department, who in December, 1994 sold Paws & Taws to the Town of Fulton.

Things To Do in Rockport-Fulton